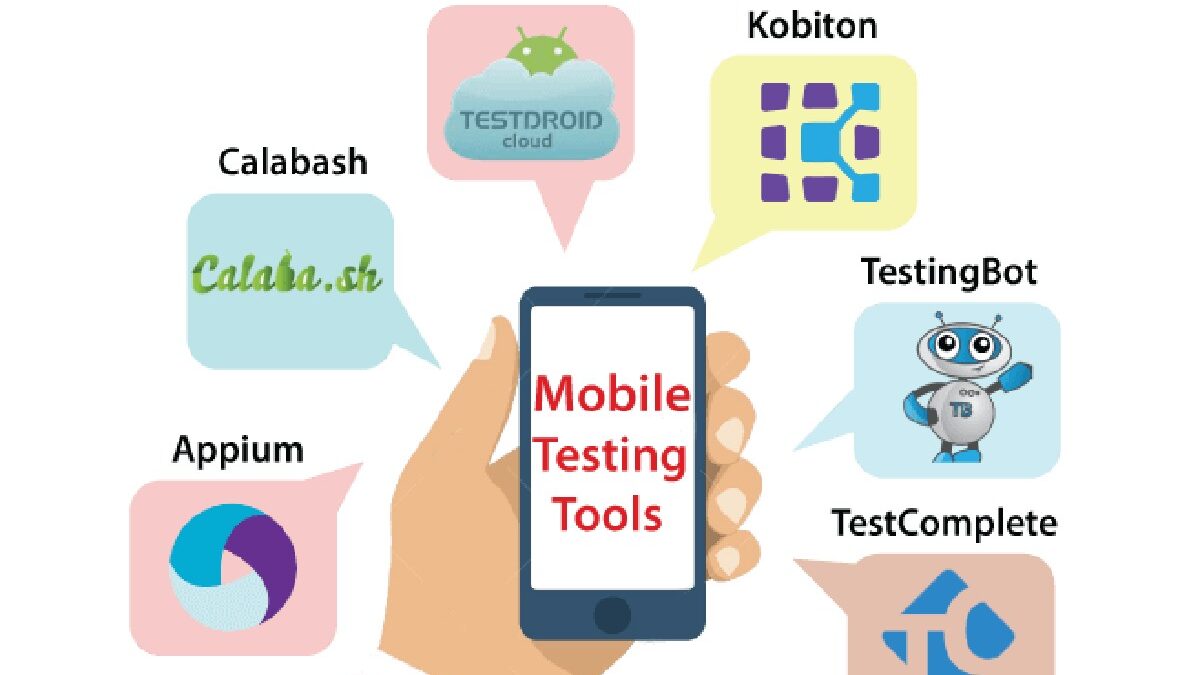 We have all become used to conducting various tasks, from shopping and entertainment to
banking and finance, using highly functional, portable app formats. The consumers of today’s
apps are notoriously unforgiving. If a user installs a new program with high hopes but finds it
clumsy, sluggish, or otherwise unusable, they are likely to uninstall it and try something else.
Because of this, they are evaluating mobile applications is crucial.

What is a mobile app testing tool?

How to choose the best mobile app testing tool for you?

The testing and development team must make several vital selections when selecting the
solution to automate their app testing process.
● Each gadget on the market is linked to the internet at various frequencies, bandwidths,
and channels. In general, wireless networks are slower and less dependable than
conventional ones. Therefore, it is necessary to conduct IoT testing to assess the app’s
functionality under a consistent and reliable connection.
● As testing approaches its most sophisticated levels, software testing technologies can
become challenging. Programming and updating the test scripts might be laborious and
time-consuming, complicating the process. It is recommended that developers, test
automation engineers, and non-programmers use a simple and maintained tool to
circumvent this difficulty.
● Examining the individuals engaged in the development and testing, the app development
procedures, and the technology used while selecting testing tools is vital. The capacities
and skill sets of the developers and testers to efficiently perform a process or collection
of technologies impact the testing tools used.
● The selection of the best automation solution for testing your mobile application should
be heavily influenced by price and budget considerations. Therefore, pick tools that will
yield a better ROI.

HeadSpin is one of the most effective tools for mobile testing and debugging applications on
multiple thousands of real devices worldwide. The platform supports frameworks like Appium,
Selenium, and Appium Inspector. In addition, it is compatible with Charles proxy, Xcode,
Cucumber, Espresso, and many more.

Get actionable AI-based testing insights, experience tracking, and thousands of customizable
metrics. It conducts many tests in parallel under actual user settings and provides complete
insight into the performance of linked user experiences. It supports over 30 automation
frameworks and cross-browser and cross-device compatibility, including phones, OTT media
devices, and others.

Katalon Platform is a free-to-use tool. It is effective at facilitating cross-functional activities for
large-scale product development teams. Katalon Platform is a codeless solution that is simple to
use, expandable, and has the required components for sophisticated demands, like keywords
and project templates. In addition, it integrates seamlessly with SDLC management, CI/CD
pipeline, and team collaboration systems, among others. Katalon Store is a marketplace for
plugins and extensions that users may access to enhance and improve their test automation
tactics.

testRigor is an open-source application. In simple English, it describes tests as executable
specs. Instead of depending on implementation details like XPaths or CSS Selectors, test steps
are stated at the level of the end user. End-to-end tests, including mobile, web, and API stages
in a single test, may be created by users with any technical expertise.

Selendroid is well recognized as the Selenium for Android-based mobile apps that can perform
parallel test cases on numerous devices concurrently. Additionally, this instrument offers test
automation for hybrid and native apps. It supports all web-compatible android versions and
programming languages, including Java and C#. It is deployable on both actual devices and
simulators.

The KIF mobile app testing tool is an Objective-C-based framework designed exclusively for
automating iOS testing. Kif is a mobile automation framework with native XCTests integration. It
is applicable when business professionals are not engaged in drafting or interpreting test
specifications. KIF utilizes the accessibility labels of UI components to access them.

Watir (pronounced “water”) is an abbreviation for Web Application Testing in Ruby. This is a
technology-independent, highly lightweight open-source testing tool for web automation testing.
It helps you to build automated tests that are easy, adaptive, legible, and maintained.

TestNG is an open-source testing framework with some additional capabilities added to make it
a more effective tool. It supports almost all types of testing, including unit testing, functional
testing, integration testing, data-driven testing, and end-to-end testing, among others. Some of
its unique features are annotations, big thread pools, customizable test setup, parameter
support, various tools, and plugins.

TestProject is a free and open-source tool for testing Android and iOS apps without writing
code. It was developed using the Appium and Selenium frameworks. As a result, the learning
curve for using TestProject is minimal. In addition, this tool allows you to quickly and easily
create tests through interaction with a mobile app.

For mobile test automation, choosing the correct solution is critical and complex. Incorporating
test automation and achieving goals makes it easier with the right tool for developers. Look for a
platform like HeadSpin that’ll improve your ROI with AI-based testing insights and keep your
scripts flawless.

How Can You Choose a Package for Streaming?

Common IP Address Leak Triggers and How to Avoid Them