Home > Gaming > The Most Popular Types of Games: Make Your Own 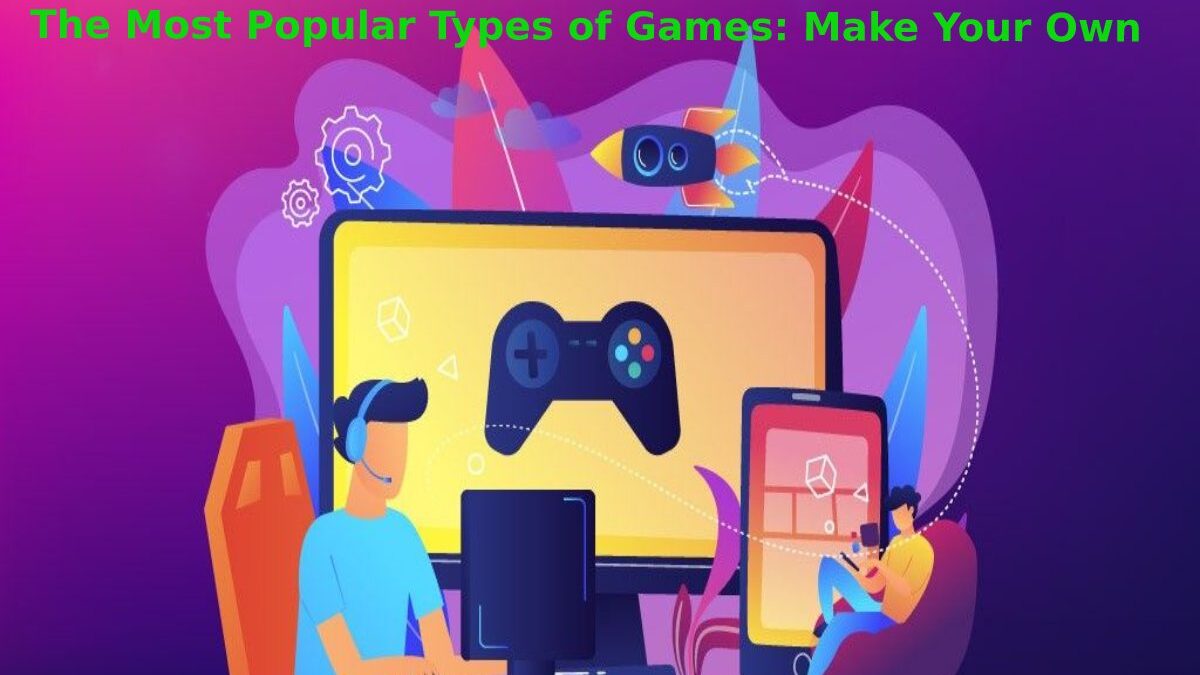 The number of computer games is simply enormous, but why not create your own if you have a unique idea? You don’t require to have programming skills to write your first simple toy in 5 minutes. There are a sufficient number of different applications, tutorials, and sites that will help you quickly realize your dream on the Internet.

But today, we will not talk about the process of creating games itself but about their genres. What games are there? They are often classified according to their characteristics or objectives and maybe by the type of gameplay. Therefore, game categories, or genres, can subdivide into subgenres, and one game may well belong to several genres simultaneously. 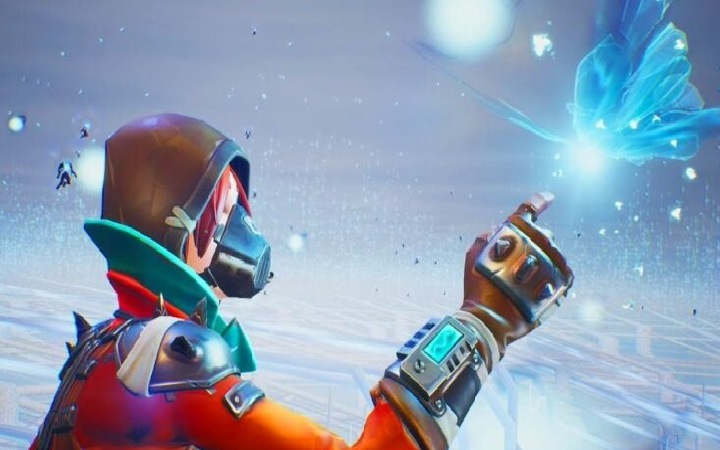 How do you understand that you have created a product that will make you money and become the favorite game of millions of people? Of course, time will tell. The main points for the selection of the tops will be the uniqueness and quality of your game. A game testing company can help check all possible buggies and experience the finished product’s fun and interestingness. Companies of this kind exist to eliminate all potential problems even before the game hits the market.
But let’s get back to the types of games.

The first computer games appeared only in the 50-the 60s of the last century, but during this time, the gaming industry has made an enormous leap forward in development. Very quickly, from some primitive programs, games turned into a work of art.

It should note right away that today there is no single classification system. Moreover, modern games combine a lot of different features and already hardly fit into any solid framework. 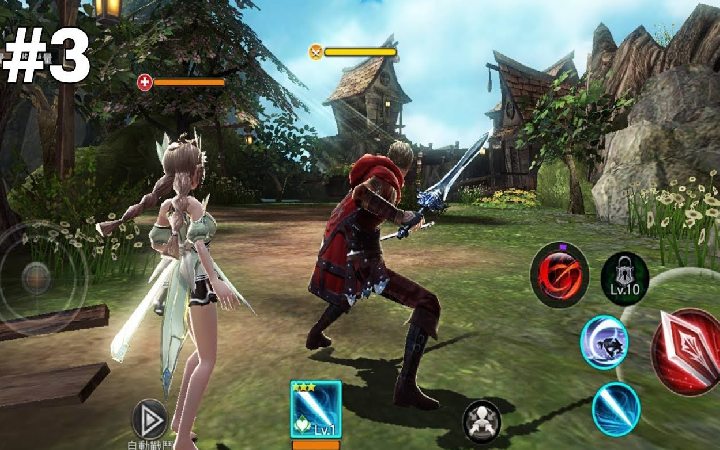 In recent years, the word “quest” has increasingly become associated with young guys who rush around the city performing strange tasks and looking for a mysterious code in abandoned houses. But the oldfags know that the quest is the noblest genre of games. An endangered species that is gradually being ousted from the world of the gaming industry.

A quest is a unique type of computer entertainment. The player has to go through a series of tests, complete tasks, solve logic tasks, and cope with different difficulties to achieve the goal. These are the so-called “computer adventure games.”

Today you won’t surprise anyone with graphics. Competing with modern games, with incredible special effects and constant action, is almost an unrealistic task for quests. So the developers have to either survive due to the already promoted names or develop something fundamentally new.

Some people think that this is just entertainment, a pleasant pastime. And in vain: the format of the game is also a tool for learning new things, which is lost as you grow up.

It has been proven that the brain creates new neural connections with each further action.

But a mature person produces them less and less, limiting himself to the “usual set” – unlike a child.

The essence of action games reflects their name – it means “action,” Here, the player is at the very center of the action and controls it. It is mainly associated with physical challenges that must be overcome. The very first video games that belonged to this genre, such as Galaga and Donkey Kong.

Action games are usually straightforward to get started with, which is why they are still the most popular video games around the world.

RPGs are role-playing games that allow players to develop a unique character in the game world, fight with other participants, trade and communicate with allies, unite in corporations and clans against enemies. Most of the simulators and RPGs of our time are games in a multiplayer format since it is much more enjoyable for gamers to compete with real players than with virtual artificial intelligence.

Strategies are one of the leaders in the games market. It was not without the participation of Blizzard: Warcraft III, released 12 years ago, is still one of the real-time benchmark strategies. A set of tools for developing your maps, distributed in a group with the game, gave the world a lot of funny Tower Defense and a whole new genre – MOBA.

The brightest representative is Dota 2, one of the most popular games in the world. Starting as a WC III map, it has become an independent game and the wealthiest esports discipline – the prize pool of the World Cup in 2017 reached $ 24 million, and that’s not the limit.

In logic games, you need to solve logic puzzles or go through some tests for the mind, such as labyrinths. Among the most prominent representatives are intellectual games like Brain Age and more casual puzzles like Tetris. 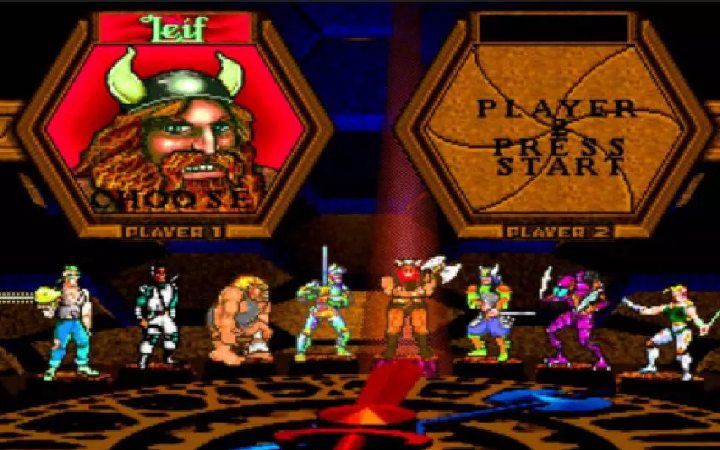 Another genre that, given the proliferation of mobile devices, can call one of the most in-demand today. Most often, it includes games on mobile devices rather than on PCs. As a rule, time killers or time killers are simple applications in gameplay and graphics that do not require special skills from the player.

Various simulations belong to this genre. Sometimes simulation games are games in which vehicle simulation takes place, for example, simulators of aircraft, tanks, sea, and space ships. Typically, the gameplay in such games consists in simulating various real situations, the cockpit of the equipment in which the game takes place is displayed on the screen. The game has complex controls, uses many keyboard buttons, or needs to use a separate control device.

There are also life simulation games or biological simulations. For example, on the one hand, the player simulates new species and their development in the ecosystem, and on the other, the player can feel like an animal.

Another subgenre of this genre is construction and management simulation. The essence of these is to create, expand or manage fictional communities or projects with limited resources, such as Sim City.

This genre includes games developed for consoles but is now reasonably available on the PC through simulators and emulators and updates and improvements from manufacturers. In these games, the gameplay usually consists of jumping and climbing, the character can make many jumps, and the player can control the hero’s movement in the air. The most popular games in this genre include the well-known Super Mario Bros. game and Limbo, INSIDE, Unravel.

Since the criteria for a game belonging to a particular genre are not uniquely determined, any classification of computer games is not systematized enough. In different sources, the data on the genre of a specific project may differ.

Health Alternative Products That Are Made In The Usa